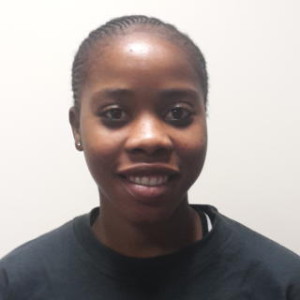 Date of Birth: 04/12/1996
Gender: Female
Place of Birth: Durban
Home Town: Inanda Newtown
Sporting Code: Netball
Introduction to your sport: Played for the school team, and went for the KZN trials where i got selected to represent u/19 at north west and I then went for the another trials this year for the NPL then again got selected to represent the KZN Team which is the Kingdom stars of which I’m still part of it now.
Career Achievements: Won the National Championships (2014) for the u/19
made it to the Kingdom Stars final Team which won the gold medal in the Brutal Fruit League (second division)
Nickname: SMALL
Role Model: Bongiwe Msomi since I’m also a netball player I can say she’s the one, I like the way she play and most of all her behaviour towards other people she’s very calm and she always give her all when she do her training would really like to play like her one day
Favourite Food: rice and chicken curry and pizza
How do you spend your down time? I usually go out with my friends to watch movies since i dont get enough time to be with them because of netball and sometimes go to visit my dad at Eshowe.
Specialist Event/s: centre/WA
Importance of the EADP for you: The EADP has helped me a lot by keeping me fit at all times and help me to be mentally ready for all of the games I’ve played and also with the games that I’m still going to play and also by making sure that I’m healthy at all times and i must say my fitness has improved a lot and I’m grateful.
Favourite Drink: Fanta Grape cold drink