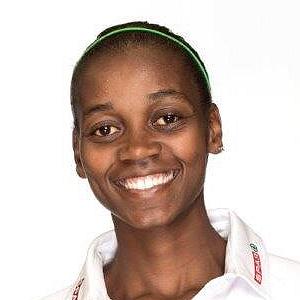 Introduction to your sport: I got involved from the school I attended. I like how netball brings people together and the fact that you have to work as a team to achieve a common goal.

How do you spend your down time? Watch movies and play sports games

Importance of the EADP for you: I am grateful for this programme, I have benefited in so many ways. Individual attention, Rehabilitation through my injury. Training programmes which are professional.