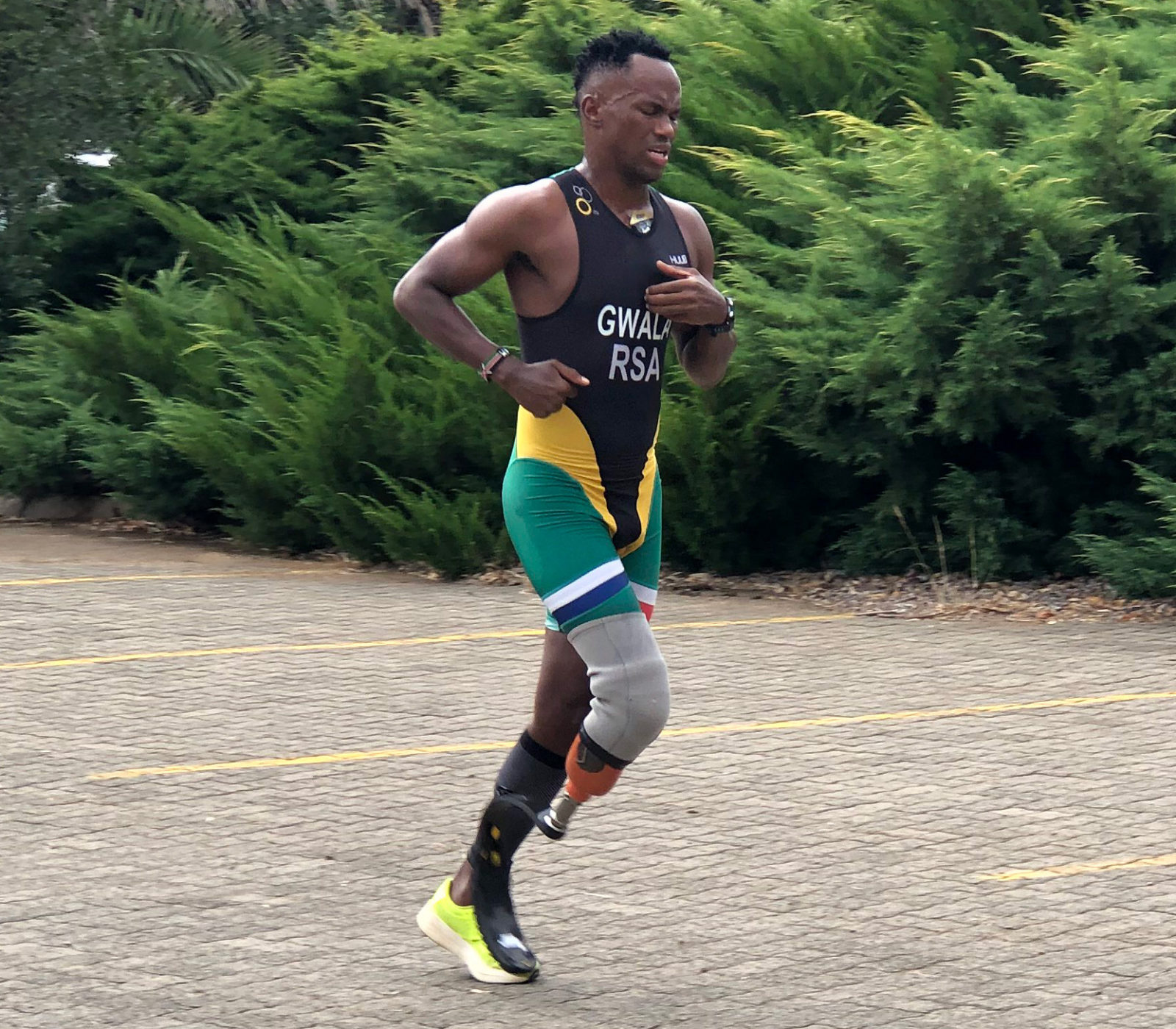 South African and Elite Athlete Development Programme para triathlete Mhlengi Gwala’s recent triumph at the SA Para Triathlon Championships in Bloemfontein has ignited an ambition of competing at the 2021 Paralympic Games in Tokyo later this year.

The event at Maselspoort recently has given Gwala the motivation that he has been seeking in trying to train and race his way to enough points to secure qualification to the showpiece event in August.

Gwala, who was the victim of a vicious attack and robbery in 2018 that resulted in severe injuries, had to have his damaged right leg amputated from the knee down in August 2020. This has meant that the resilient star has had to change racing categories.

“I am now racing the TPS 4 category after my amputation and the toughest part has been the cycling,” Gwala said. “I did find initially that during my swimming my left shoulder would get sore but I’ve managed to get used to my swimming stroke now.

“I have found my running is still strong but I have a lot of work to do on the bike and it’s good that I know where I have to put in the hard work.”

Gwala found the initial transition onto his prosthetic difficult but after a month he was used to it and felt that it hadn’t hampered his running.

“If I look at my times now compared to my times last year on the run they are the same and that is after just three months of training so I will get better.

“My swim has improved as well so I am happy that I am getting better!”

Gwala won his category at the recent SA Para Triathlon Championships in the Free State and finished second overall. The result in tough conditions has given him confidence as he looks to head overseas to compete for a spot in Tokyo.

“If we can get the funding together I am hoping to race in Egypt in June and then go to Europe to race.

“I need to get enough points through racing to qualify for the Paralympic Games but the cost of getting to Europe to compete is big so we are trying to raise money to get overseas.

“Qualification for triathlon doesn’t work on times, it works on points and in order to get those points I need to be racing,” he stressed.

With just five months until the start of the Paralympic Games in Japan, Gwala understands the restricted time-frame and also has an eye beyond the Games this year.

“If I cannot qualify for Tokyo then I will be concentrating on the Commonwealth Games in the UK in 2022.

“That’s going to be the focus for me and then obviously looking towards the Paralympic Games in Paris in 2024,” Gwala commented.